A house is more than just windows, doors, walls, and a frame — whether you know it or not, lots of thought went into its design and construction! The architectural style behind your home’s design and aesthetic helps reflect the unique personality of those who live there — plus it also boosts that all-important curb appeal.

Identifying the style of your house can help you get a feel for which upgrades or additions could complement your home’s architecture while remaining aesthetically-consistent with the period during which it was built — especially when it comes to choosing door and window upgrades.

Read on to discover a few of the most common home styles:

At the turn of the 20th century, Foursquares — known locally as Denver Squares — were all the rage in the Mile High City. This style of home typically has two stories and ample porch space in the form of a square, of course.

These boxy homes are usually built of brick or another kind of practical material. They are commonly seen within a five-mile radius of Denver’s Capitol Building. 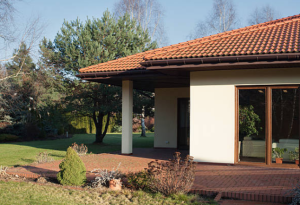 Tile-roofed homes with signature stucco facades, low-pitched gable roofs, and arcaded entry porches were a stylish trend in Colorado in the 1920s and have stuck around in many Denver neighborhoods.

Denver’s newer neighborhoods to the east and south, suburbs like Englewood and Littleton, and business zones like Cherry Creek — where blocky stores and office buildings convey minimalism — are hot spots for mid-century modern homes.

These no-fuss homes are defined by classically understated looks with clean lines and geometric forms. You won’t find a lot of ornamentation on the outside, but instead you’ll see a juxtaposition of different and sometimes contrasting materials, including metal and glass.

Cape Cod was a popular style for homes built in the 1930s. These homes are typically one story tall and feature a steep roofline, vintage wooden siding, multi-pane windows, and hardwood floors. If this sounds like your house, you’re probably enjoying your little slice of coastal paradise out of your humble abode no matter where you live. 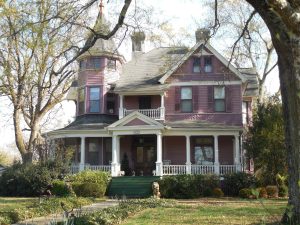 The term “Victorian” spawned from styles that emerged during the reign of British Queen Victoria between 1837 and 1901. These distinctive homes often have steeply-pitched roofs, a front-facing gable, patterned shingles, and bay windows.

A distinguishing aspect of these homes is the use of bright earth tones that became popular in the late 1880s. 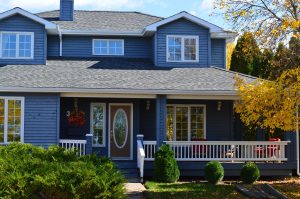 Craftsman homes nod back to the decades just after the turn of the 20th century and are making a comeback as a popular house style that evokes a feeling of coziness and charming one-of-a-kind design.

From the outside, a craftsman is deeply detailed. You’ll find low-pitched roofs, decorative beams, and a generous front porch with columns.

Many contemporary homes built lately are placing a heavy emphasis on natural and sustainable building materials. 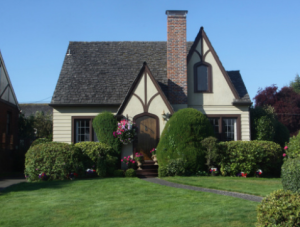 This style’s name suggests a close connection to the architectural characteristics of the early 16th-century Tudor dynasty in England, but the Tudor houses we see today are modern-day reinventions.

Perhaps most prominently, these homes feature a façade with a steeply-pitched A-angle roof — plus tall floor-to-ceiling windows. 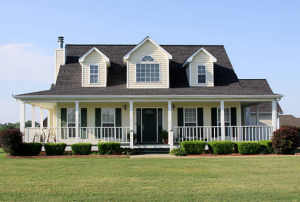 Much credit is due to Chip and Joanna Gaines of HGTV’s “Fixer Upper” for the spectacular boost in popularity of the modern farmhouse design.

One standout color you’ll commonly find in this home style is white. It’s a prevailing characteristic for exteriors along with vinyl siding, vertical or horizontal planks, and brick.

Another can’t-miss feature is the plethora of windows dotted along the home, allowing natural light to pour in.

With a very traditional façade, colonial-style homes reflect late-1800s concepts. These homes are usually two or three stories with wood and/or brick exteriors. Windows on these houses are often accented with shutters and divided-light double-hung windows.

Which style does your home represent? Don’t hesitate to contact Gravina’s to seamlessly match your upgraded doors, windows, and siding to your home’s pre-existing design. Reach out to us for a free estimate today.